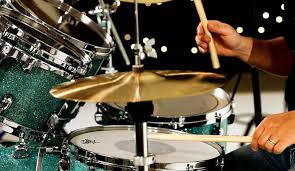 In this lesson which is just an introduction, we will be looking the first 5 rudiments that are highly recommended for any drummer. Firstly, we must understand that in any given field of profession the starter or introductory class is always the best place to start which one will never stop using in that career, profession, hobby or what have you. Now, drumming has 40 basic rudiments approved by PASIC(Percussive Arts Society International Convention). But in this lesson today we will be treating 5. Below are the 5 listed where we will touch each one.

2. Double Stroke Roll: The double stroke roll is also a combination of strokes between the two hands but in a different form where the right hand plays double and the left hand also plays double.

It can also be played at different sub-divisions.

4. Five stroke roll: The five stroke roll is a combination of 5 strokes from the left and right hands which doesnt follow the same method or patter the first 3 strokes follow, instead it is combined with each one independently. See below:

and more combinations which brings out a dynamic part of playing. The five stroke roll has a beauty in its combination when properly combined and played.

5. Six Stroke Roll: The six stroke roll is a beauty on its own because its a combination of singles and doubles. It can be played back and forth in different combinations of doubles and singles to make six strokes.

In the next lesson, we will be treating an introduction to the paradiddle as a family of the basic rudiments which is also a combination of singles and doubles.